On August 1, 1863, George W. Dawson, who had served as captain of the ‘Perote Guards’ in the 1st Alabama Infantry, and more recently as first lieutenant in Co. B of the 53rd, was promoted to the rank of captain with authority to raise a new cavalry company. Serving as first lieutenant in the new company was Thomas B. Miles, who had served with Dawson in the 1st Alabama, and as orderly sergeant of Co. B in the 53rd before being discharged for disability. Initially, Dawson’s company was intended to be part of a new battalion, designated as the 4th Alabama Cavalry Battalion. This battalion was comprised of five companies raised in August and September of 1863 in Southeast Alabama. It was mustered into service at Montgomery by Col. White, then in command of the conscript post there. The several companies and company letters were as follows:

Upon being organized, the 4th Battalion did duty with the supporting force of the conscript bureau for about twelve months before three of the companies were assigned to the Jeff Davis Cavalry Legion, comprised of companies from Alabama, Mississippi, and Georgia. On the assignment of Capt. Love’s, McKenzie’s, and Roberts’ companies to the Jeff Davis Legion, it can be said that the 4th Battalion was dissolved. (Files on 4th Alabama Cavalry Batt’n and Dawson’s Brigade, ADAH)

The Jeff Davis Legion initially saw service in Virginia, but spent the last months of the war with the Army of Tennessee. Soon after the assignment of the companies of the 4th Alabama Battalion to the Jeff Davis Legion in early July 1864, these Alabama companies were transferred to the Phillips Georgia Cavalry Legion, which was transferred with Gen. P. M. B. Young from the Army of Northern Virginia. They served the remainder of the war under generals Young, Hampton, and Butler, ending their service in the Carolinas in the same theatre as Hannon’s Brigade. (Units of the Confederate States Armies, by Joseph H. Crute, pg. 191) However, as mentioned, Dawson’s company was to remain much closer to home.

Archives and History in regards to Dawson’s company, ‘At the request of Mr. J. G. Pierce, and J. F. Martin, who had letters from you asking for some information about Dawson’s Cavalry, as I was an officer in the Co. It was made up of members from Pike and Macon Counties. It was organized in 1863 at Troy. George W. Dawson was Capt., T. B. Miles, 1st Lt., J. P. Baldwin, 2nd Lt., Robert Bolton, 3rd Lt. The Co. with one or two others were camped at Montgomery, expecting to form a Battalion. The deserters and bushwhackers became so numerous in Fla. two of the companies were sent there to arrest, and send them back to the army. We were under command of Gen’l Maury, with his headquarters at Mobile. We had to patrol the coast from Mobile to east Florida. I wish to say that I was a member of Co. C, 1st Ala. Regt. in 1861, after that I was orderly sergeant of Co. B, 53rd Ala. cavalry, served in that a year, was discharged on account of physical disability, and later went with Dawson’s Cavalry.’ (Files on 4th Alabama Cavalry Batt’n and Dawson’s Company, ADAH)

On July 13, 1909, Miles stated, ‘This company (Dawson’s) was not attached to any Regt., but was sent to patrol the coast from Mobile along the Florida coast under command of Gen’l Maury. Just before the surrender, it was ordered back to Montgomery under command of Gen’l Clanton, and was captured at Line Creek, except 10 of the Co. who made their escape, and attached themselves to the 6th Alabama Cavalry (Co. I).’ (Ibid) 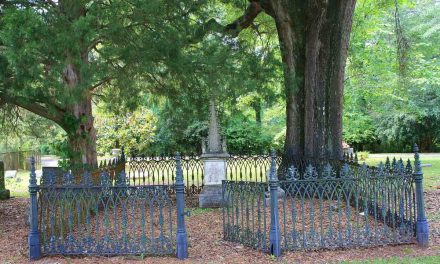